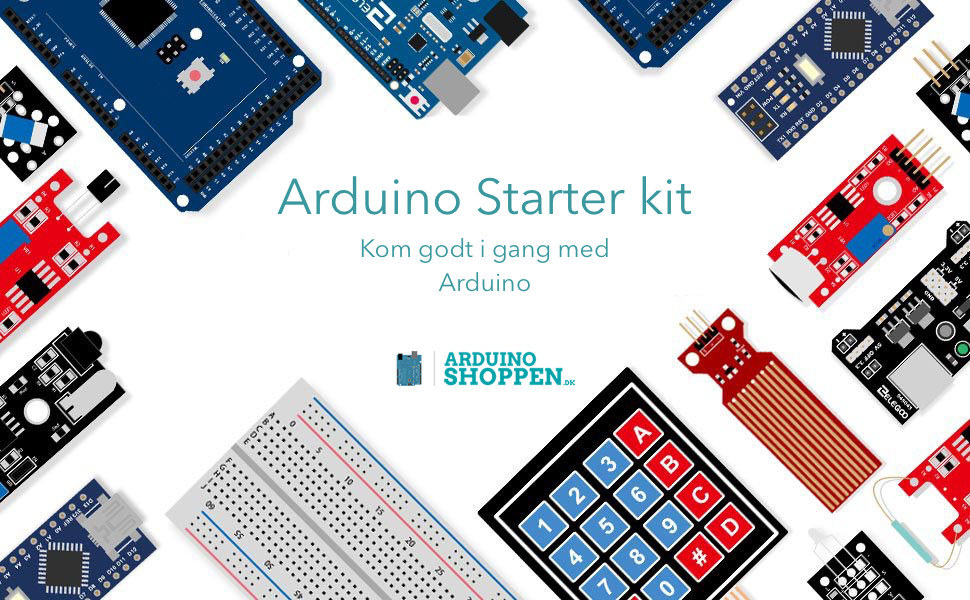 Want to learn how to work with electronics and programming but need a little help? You’ve come to the right place!

This starter kit provides an open-source electronics prototyping platform based on flexible, easy-to-use hardware and software, which evolves the user from beginner to professional level.

Our starter kit is designed to get you started quickly and easily on your path of learning electronics. It’s a great starter kit as it’s designed for everyone even novices who has very little or no electronics and programming experience. The starter bundle contains everything you need (except tools) to take your first step on Arduino journey! Starter kit that everyone can use to learn electronics and programming

Electronics is not as complicated as you imagine especially with this starter kit. For advanced users like professional lab engineers, electronic major students and experienced Arduino hobbyist, they can use this kit to do various kinds of tests and experiments with so many sensors available at hand.

It’s a good choice and perfect gift for your friends, family or kids who are obsessed with electronics, programming or robotics to take their first steps on electronics journey! The most complete starter Kit with high quality components and sensors

Quantity and quality are both important here in this starter kit. The most essential parts in this kit are UNO R3 controller board and expansion board, which is a perfect Arduino clone with excellent product finish. Besides, we offer other over 60 kinds of components and sensors from small parts like LED diodes, resistors and potentiometers to big parts like LCD1602, RFID module and 830 tie-points breadboard, which meet your demands for your different projects either it is simple or complex.

Sturdy quality is definitely the most important thing to us even with so many components provided we never compromised on the quality. Instead we keep improving our product quality in our own factory and we produce the products by ourselves under high standards and strict quality control. Pins and wires on some of the parts like LCD1602 and motors have been pre-soldered which is very convenient and saves your time. 74HC595 is a Serial to Parallel Converter which has eight outputs (perfect) and three inputs that you use to feed data into it a bit at a time.
This chip makes it a little slower to drive the LEDs (you can only change the LEDs about 500,000 times a second instead of 8,000,000 a second) but it’s still really fast, way faster than humans can detect, so it’s worth it!

74HC595 shift register is a type of chip that holds what can be thought of as eight memory locations, each of which can either be a 1 or a 0. To set each of these values on or off, we feed in the data using the ‘Data’ and ‘Clock’ pins of the chip. LCD1602 module is a display that has an LED backlight and can display two rows with up to 16 characters on each row. You can see the rectangles for each character on the display and the pixels that make up each character. The display is just white on blue and is intended for showing text.